The Major is designed for students with intermediate or higher fluency in French language who are interested in developing their appreciation for Francophone literatures and cultures around the world.

Students who wish to pursue this program of study must have completed FREN 302 or demonstrated a proficiency level of B1 on the Common European Framework of Reference for Languages (CEFR).

* If you are a native French speaker or heritage speaker, you may be exempt from FREN 401 and FREN 402. Please contact FHIS Student Programs Coordinator using this online form.

Cluster A: French Literature and Culture from the Middle Ages to the Revolution

Cluster B: French Literature and Culture since the Revolution 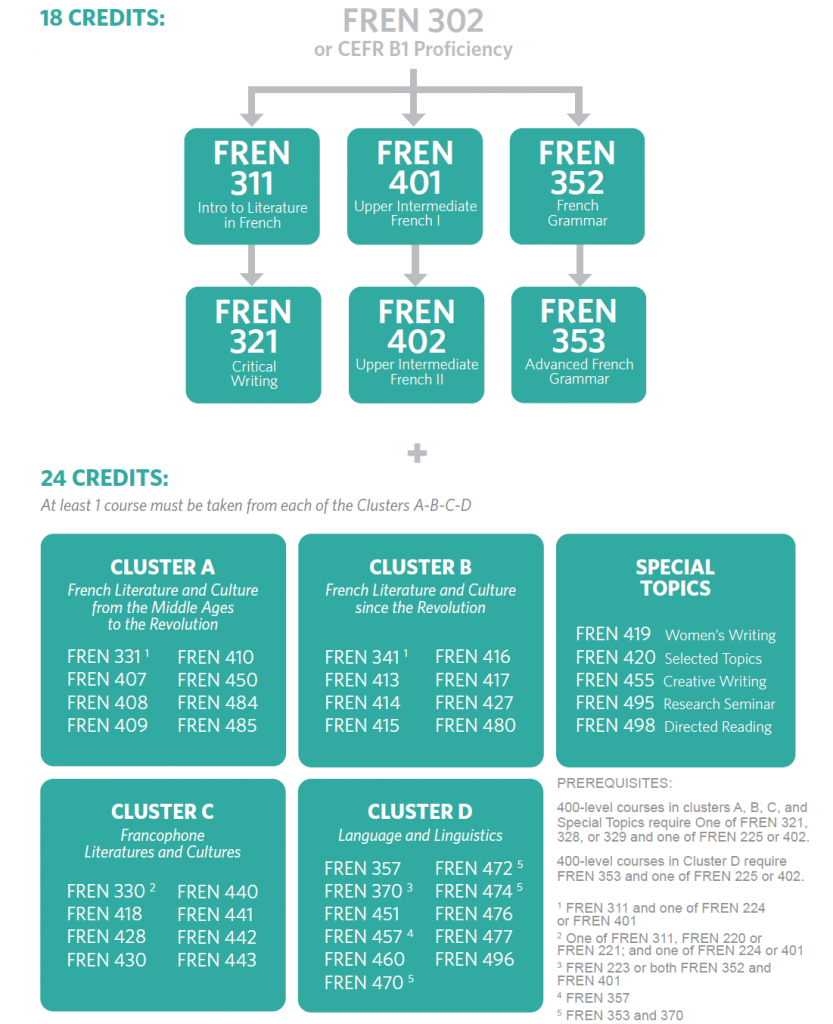 For students who declared their Major prior to June 2021 and wish to follow the former requirements prior to the curriculum change:

Declare a Major
Add a Major in French Language, Literatures and Cultures to your Arts degree.