Professor André Lamontagne spent his entire career — 31 years, to be exact — at UBC’s Department of French, Hispanic and Italian Studies (FHIS). In addition to teaching, researching, and publishing, he served as FHIS Department Head, co-founded the Centre de la Francophonie de UBC, and was awarded special distinctions by the French Government and the Governor General of Canada for his outstanding community and academic service. Upon his retirement, Dr. Lamontagne reflects on his journey at FHIS since it began in 1989. 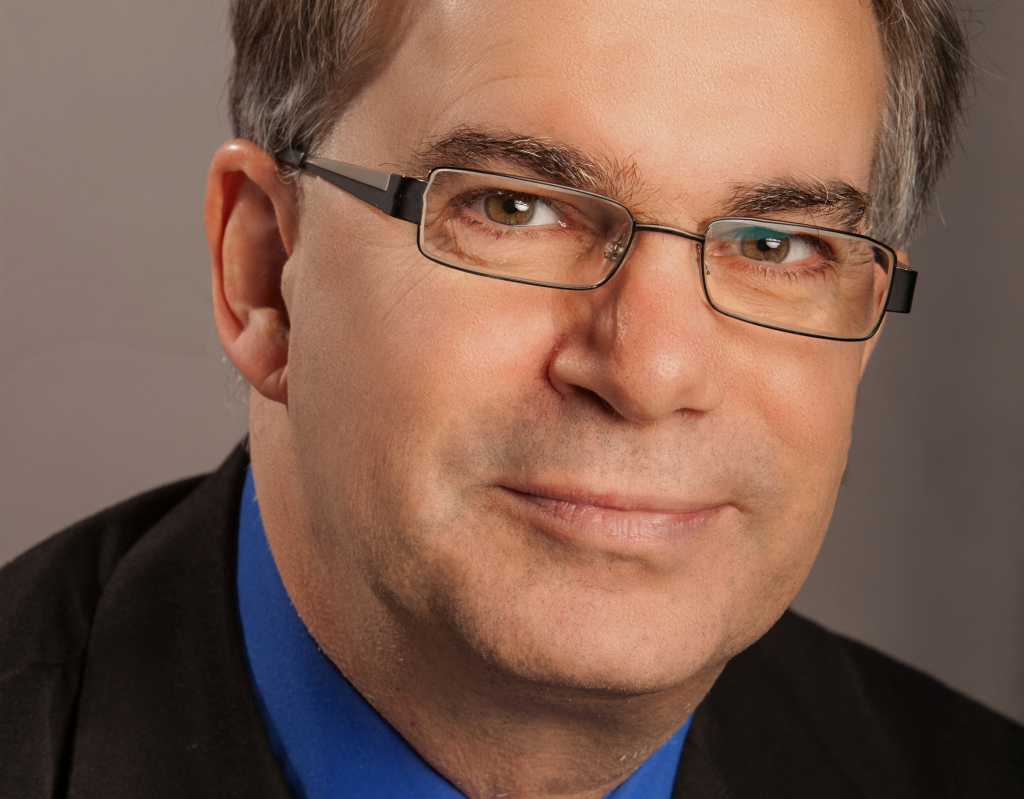 I started my career at UBC when I was 28, only a few months after completing my doctoral degree at Université Laval. I’m not sure I knew what I was doing, except for a lot of theory, but thankfully students were very forgiving. I became a better faculty member by balancing work and family life, and by getting really interested in the stories I was teaching. Since then, acquiring and sharing knowledge has become my way of life.

The most rewarding aspect of my career has been making a difference in the lives of students by giving them the analytical tools to study and appreciate French and Francophone literature.

You do not always realize the impact you have made on undergraduate students until some years later, when they tell you that you have changed their way of reading or that you were influential in their decision to become a French teacher. With graduate students, it’s fulfilling to see them grow as scholars, teachers and human beings throughout the years they spend in the Department. It is always rewarding to supervise a doctoral student and see them successfully land an academic position after graduating.

As cliché as it sounds, students taught me a lot as well — from offering different interpretations of the text and highlighting aspects that I’ve missed, to providing help with technology in the classroom! More seriously, I learned a lot from students’ approach to knowledge.

Something I’ve reflected heavily on is the notion of service. In addition to our role as researchers, I believe faculty members have a public duty as teachers. Service is sometimes seen as an added value to our job description, but I think it plays a necessary role in linking the University and its values to the community. We make an important contribution by making students and members of a department feel like they belong to the complex university structure. 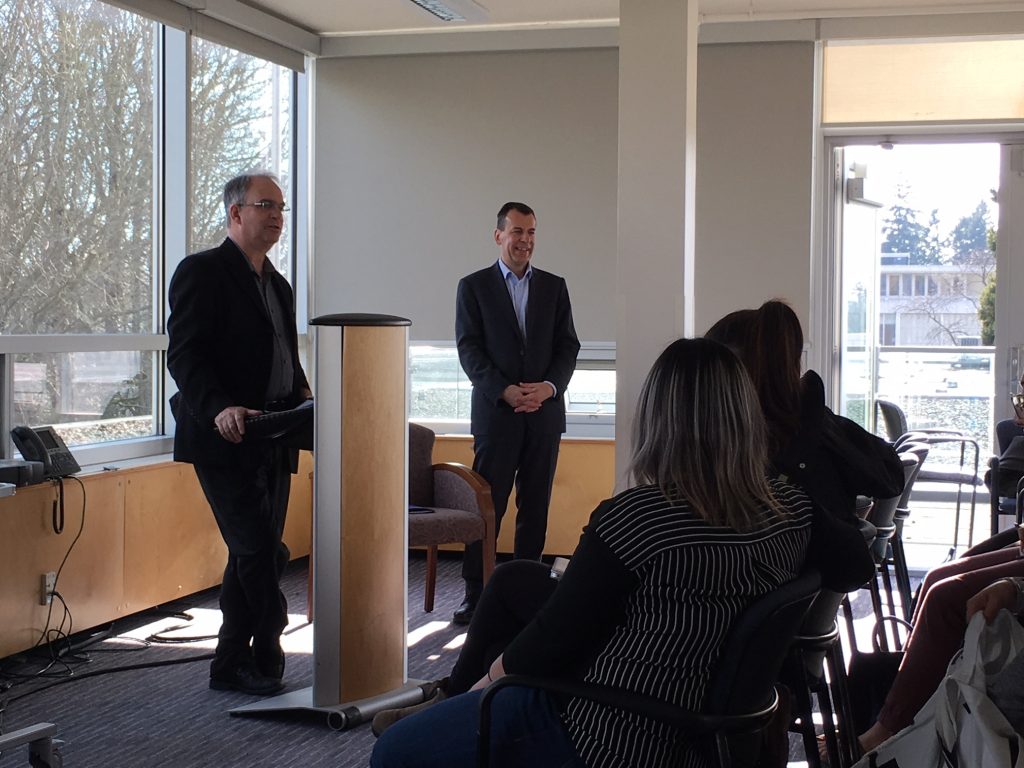 For someone who fled Business Administration in college, I ironically spent many years doing administration — whether as Program Chair, Graduate Advisor, Director, or Department Head.

In fact, shorty after I became the Department Head in 2004, Larry Bongie, who was in that position for a long time, told me he had foreseen an administrative career when he hired me in 1989. It might be because he saw courses such as Business Law, Accounting, Economics and Management in my university transcript!

Being the Department Head of FHIS for eight years was a great learning opportunity. I enjoyed working with staff and colleagues, and the camaraderie between the dedicated group of Department Heads of the Faculty of Arts. There is a steep learning curve, but it is an interesting job — a mix of academic planning, problem solving, marketing, appreciating research, and caring for a large population of undergraduate and graduate students. There have been personal tragedies, but also great achievements by students and faculty.

Throughout my term, I helped faculty members succeed in establishing initiatives such as Community Service Learning, the Learning Centre, the Study Abroad programs, and numerous research projects. We created research clusters within the different sections of the Department. I was keen on collaborating with other units in interdisciplinary programs, as well as establishing our presence in the community.

Despite budget cuts, the Department saw an increase in enrolments and hirings during my term. Brazilian Studies was added to the curriculum, and there was a significant increase in the number of TAs in Spanish, in parallel to the growth of this graduate program. This was also a time when our teaching was transformed by technology and the Department had to make a successful transition. 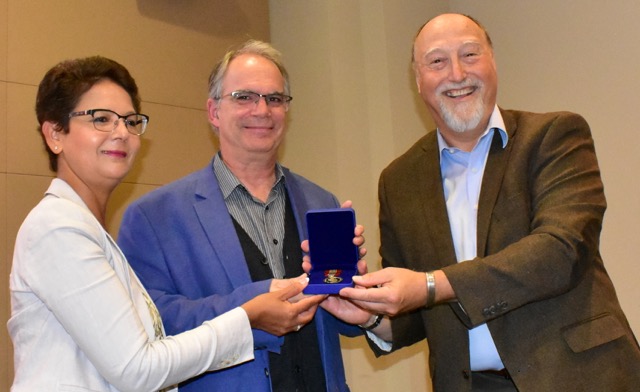 Since Canada is officially a bilingual country, I feel there is a duty to promote both official languages in every province.

One thing I realized is that French is actually quite popular in British Columbia. The challenge is to give former high school students an opportunity to keep practicing French and to give the population better access to Francophone cultures and services delivered in French. My community engagement started with Parent Advisory Committees at the Francophone Education Authority. I then served as Vice President of the BC Francophone Federation and was a founding member of the Francophone Historical Society of British Columbia.

When I was appointed to UBC, I thought my colleagues and I were working in some sort of ivory tower, if we can say that about Buchanan Tower, as far as French was concerned. That was why the Centre de la Francophonie de UBC, which I co-founded with colleagues from Continuing Studies and Education, was a welcomed initiative. The Centre promoted French language and Francophone cultural diversity across campus and in town. I also felt it was important to talk to the media about French at UBC.

I feel privileged to have been awarded the Sovereign’s Medal from the Governor General of Canada and the Palmes Académiques from the French Government. Both awards recognize my work in promoting French language and culture in the academic world and in the community. 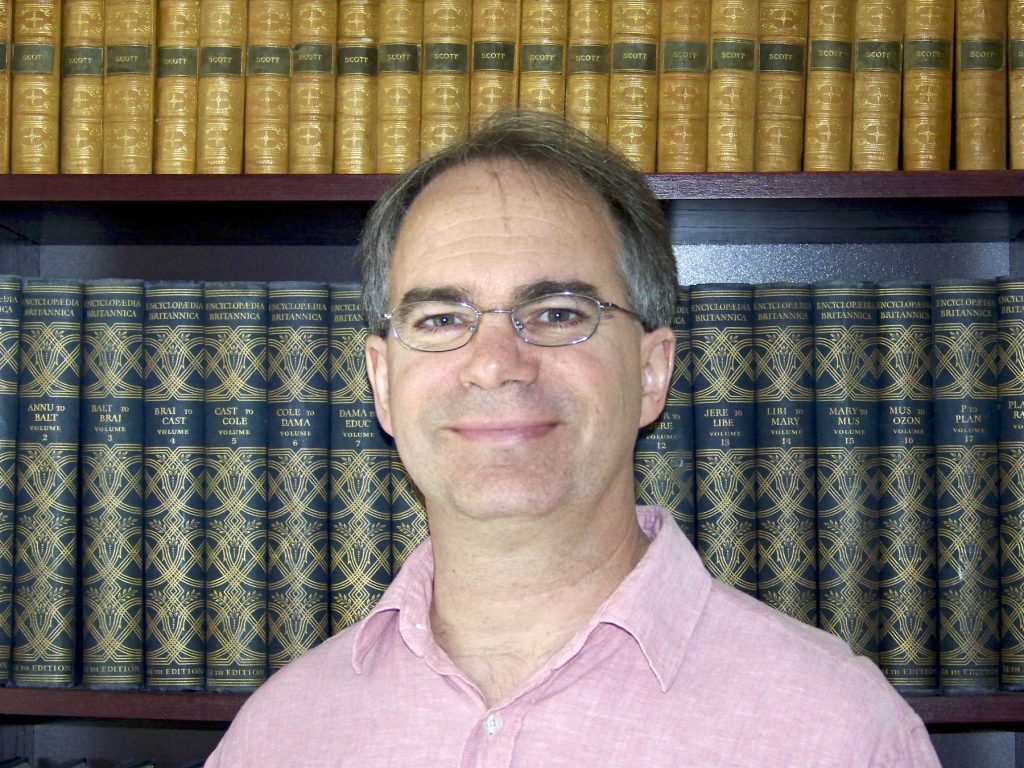 Prof. André Lamontagne in his library.

I’d initially studied Business Administration after high school for a couple of years before switching to what I loved the most, which was Literature.

I have always been interested in writing and publishing. I didn’t really have a plan other than reading, studying and writing. I did my MA in French Literature with a thesis in Creative Writing. I was writing short stories at the time, but later put it on hold to focus on academic writing. By embarking on a doctoral program, I thought I could put all this together through a career in research and teaching.

Sometimes an article or a review you write will have an immediate impact. Other times, you write a book that has a lasting influence on different countries where Québécois Literature is studied. Two of my fiction books were nominated for the Prix des lecteurs de Radio-Canada. Among the academic books I authored or edited, Le roman québécois contemporain (2004) had an impact I had not foreseen.

For my latest project, I launched the first Francophone publishing house in BC with a colleague from UVic known as Les Éditions de l’Épaulard.

I think my research created a better understanding and appreciation of Québécois literature and identity.

My main research topics were the Québécois novel and the theory of intertextuality, that is, the threads a text weaves with other texts. Maybe because of my English roots on my mother’s side, I have always been interested in otherness at the intersection of different languages and cultures. Literature is about reading, diversity and alterity. To me, intertextuality encapsulates this.

My doctoral thesis was a comparative study of Hubert Aquin and Jorge Luis Borges. In subsequent work, I characterized Québécois’ contemporary novels as somewhere between Modernism and Postmodernism. I demonstrated how Quebec’s fiction evolved from being an extension of French Literature to an autonomous and diverse literature through its literary borrowings. I also demonstrated how the Québécois novel is still attached to the modernist idea of emancipation because of its rushed transition from Realism to Postmodernism.

My wife and I are moving back to Quebec City, closer to our children, where I will keep writing and growing my publishing house. A trek through Brittany and Normandy up to Mont-Saint-Michel is part of the plan. I might play in a chess tournament once in a while, which I have not done in 35 years.

Parting Words for the FHIS Community 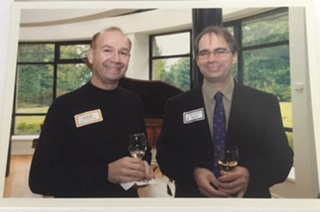 I have been privileged to work at a top Canadian university right from the start.

I learned a lot alongside talented and diverse people who are passionate about what they are doing — from the core group of researchers who mentored me in the old Department of French, to colleagues who have joined since. Our faculty and staff retention rate is very high, which says something about our Department.

Things have changed since the days of collegial lunches and happy hours at the Faculty Club and grading out of 150. Our job has evolved into something different, where teaching, research and community outreach have become more integrated. I do not know what the future holds for our profession and we are already observing a paradigm shift because of the pandemic.

I once taught a text by François Ricard that states that the main function of the university since the Middle Ages is self-preservation. There is some provocation and some truth in that assertion. I am confident that my colleagues, to whom I bid farewell, will keep FHIS a thriving and progressive unit that exemplifies the importance of teaching and conducting research on languages and literatures. 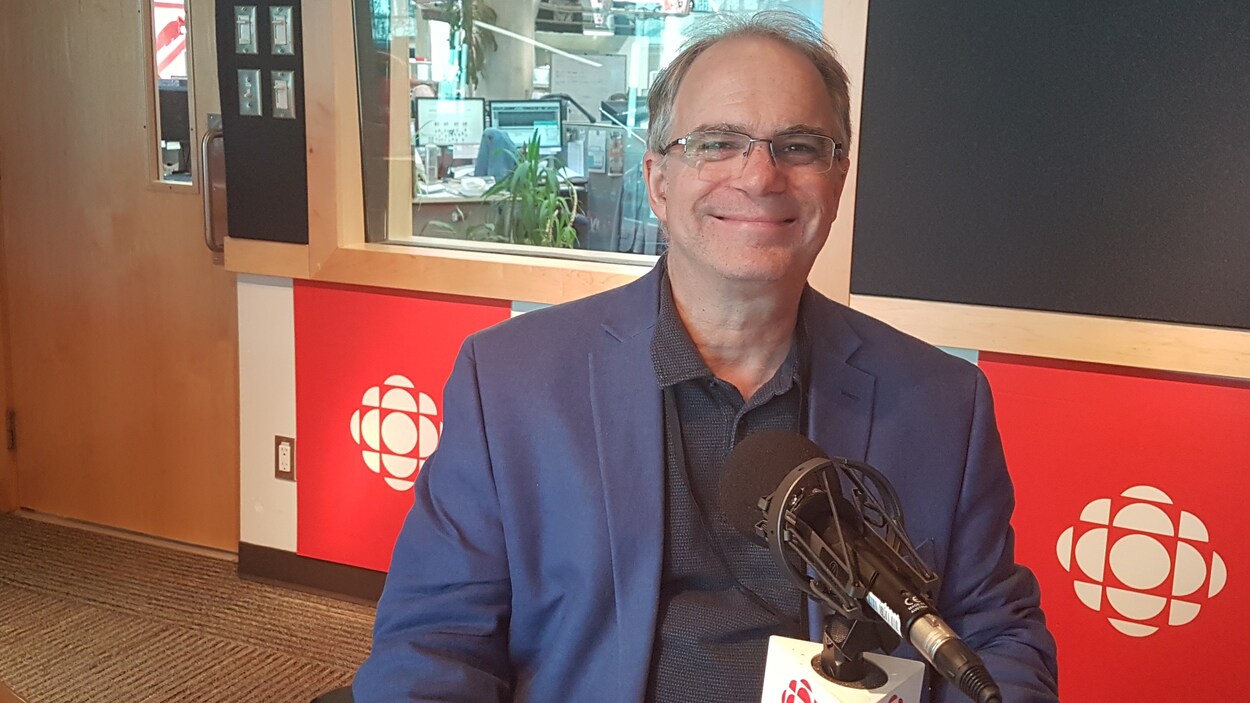