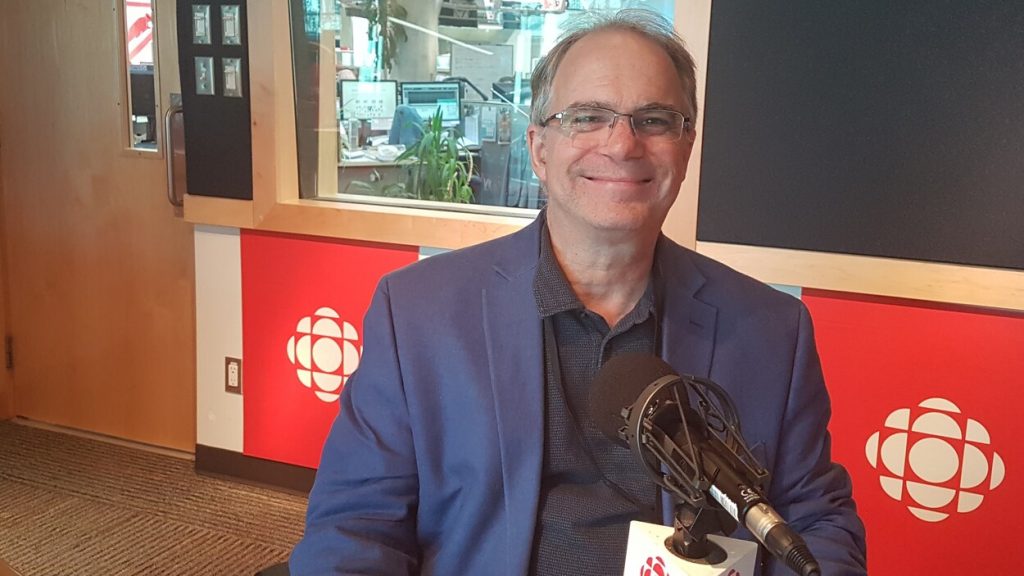 Dr. André Lamontagne, Professor of French at UBC, at an interview with CBC

Dr. André Lamontagne, Professor of French at UBC, was awarded the honorary title of Chevalier (Knight) in L’ordre des Palmes académiques (Order of Academic Palms), a prestigious award granted by the Ministry of Education of the French Republic. Established in 1808 by Emperor Napoléon I and expanded in 1955 to include foreign academics, it is the oldest non-military decoration in France.

The award honours distinguished members of the academic community for their outstanding contributions to French language and culture. Dr. Lamontagne, along with Drs. Judith Plessis from Extended Learning and Monique Bournot-Trites from the Department of Language and Literacy Education, has been recognized by the French government for pioneering the Centre de la Francophonie de UBC and for strengthening student mobility between France and Canada.

“As a Francophone scholar living and working in a province where French is a minority language, I have always found it important to be present in the community to promote bilingualism and cultural diversity,” says Dr. Lamontagne, who was born and raised in Quebec City. “French is part of my identity. But at the same time, it expresses universal values embodied in its literatures and cultures.”

Dr. Lamontagne was the first Director of the Centre de la Francophonie de UBC when it was launched in 2009, in collaboration with Drs. Monique Bournot-Trites, Judith Plessis and Francis Andrew. The purpose of the Centre was to highlight the university’s role in teaching and researching Francophone literatures and cultures, and to engage Francophone and Francophile communities in UBC through film screenings, special guest lectures, and information sessions on teaching French or working abroad.

As former Head of the Department of French, Hispanic and Italian Studies, Dr. Lamontagne lobbied tirelessly to create co-tutelle partnerships with universities in France, allowing PhD students to receive supervision and degree recognition from both UBC and the partner institution. Through concerted efforts with the French Embassy in Canada and the French Consulate in Vancouver, the Department was able to offer this unique joint doctoral program that brought tremendous value to students. He also supported study abroad initiatives and exchange programs, and hired Visiting Professors and Assistants from French universities, to enhance mobility between France and Canada during his time as Department Head.

Dr. Lamontagne’s efforts to promote French in British Columbia extended to the political realm, serving on committees in the Office of the Commissioner of Official Languages and the Senate Standing Committee on Official Languages. The Governor General of Canada awarded him the Sovereign’s Medal for Volunteers for his roles as a founding member of the Francophone Historical Society of British Columbia, and as Vice President of the BC Francophone Federation, where he worked to create better access to French services in BC.

He has also spoken on local media outlets about cultural activities and issues related to the Francophone community. For his latest project, Dr. Lamontagne launched the first Francophone publishing house in BC known as les Editions de l’Épaulard. As an academic and a creative writer, Dr. Lamontagne has authored six books.

“As a Canadian, I feel honored to receive this French award and I feel grateful for UBC faculty and staff, community partners, as well as consuls and attachés from the French government whom I’ve had the privilege of working with over the last 30 years,” says Dr. Lamontagne. “L’ordre des Palmes académiques is the recognition by France, an archetypal Motherland, of a lifelong commitment to empowering and celebrating the teaching and researching of Francophone languages, literatures, and identities.”