Fascism: Why Understanding the Past is Critical for the Present

Dr. Carlo Testa, Professor of Italian, explains why understanding historical Fascism is critical to resisting the many forms of Fascism that are arising today. This article is a summary of the full-length interview.

“If we dismiss historical Fascism as a joke, as the mere caricature of what it really was, then we fail to grasp the logical dynamics that brought it into power—and could continue to bring it into power again and again.”
Carlo Testa
Professor, Italian Studies

Fascism is a populist reaction to a failure of liberal democracy — with the accent on “failure”. This is my handy definition of Fascism. If we grasp this, we are miles ahead in our task. If we don’t, we struggle and give Fascism a huge chance.

In my courses, we see that Fascism arises from (a) a deep crisis in a country that was (b) endowed with a glorious past, especially if that formerly glorious country (c) recently endured a pretty long spell under the yoke of foreign imperialism. In our Italian Fascism class, this (a+b+c) “formula” absolutely seems to be key. For Italy, that emergency situation was the local aftermath of the First World War, coupled with the success of the Bolshevik Revolution in Russia.

Populism is a political manoeuvre in which established powers and ruling classes give certain social groups empty promises in response to real questions, real issues, and real problems — promises which are not kept, or are only kept to the extent that they serve the ruling classes’ own interests. The central concept is a perfunctory “symbolic” appeasement of the masses through things like direct propaganda, architecture, sports, the media, cinema, etc.

Symbolic appeasement of the masses 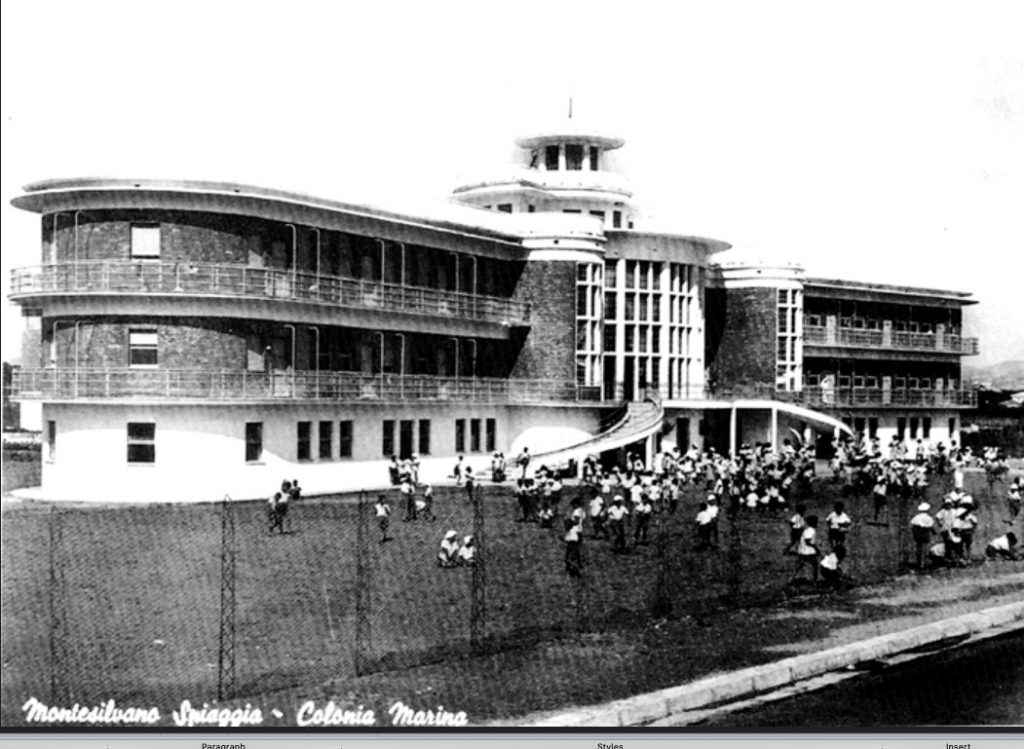 When Fascism went “decidedly toward the masses” (to quote one of Mussolini’s favourite slogans), it did so in its own interest. Yet the regime was very astute in devising, coordinating, packaging and selling all these initiatives to the public.

All that the sniffy pre-Fascist oligarchs around the Savoy royal court told the masses in 1915-1918 was to go to war and die for the King; a pretty one-sided affair, if you ask me. The earlier liberal-democratic regime did not care about the masses and couldn’t even be bothered to pretend it did. Fascism at least pretended! In his excellent biography of Mussolini, Martin Clark writes that in the 1930s, Fascism found a balance “not between consensus and violence, but rather, between two weaker forms of both: acquiescence and threat.” This seems like a very sharp and persuasive formulation to me.

Among the “symbolic realities” of Fascism, I would give nationalism first place. It is the cheapest and most abundant political glue available. Politically speaking, it is a rallying cry that has worked and, in its present form, still works. This is the drawer where we should put the classical nationalist publicity stunts of Fascism: the Olympics, the soccer World Championships, the transatlantic flights by flotillas of hydroplanes, etc.

Beyond nationalism came “Fascist” social structures and provisions that gave the Italian working classes the perception that they belonged to a large social unity, acknowledged and fostered by a “caring” national State. Among these, I would count: the After-Work clubs; the organization for the protection of Maternity and Infancy; “Colonies” for the children of the working classes; and, with the most enduring legacy, the National Fascist Institute for Social Pensions (INFPS), now known as INPS, since the “F” has been removed. To this day, it still collects dues and disburses payments to Italian employees and pensioners from all walks of life. After all, who does not want, or need, to belong? Human beings are not monads acting rationally; we are historical actants anchored in the spirit of our time and place.

If we dismiss historical Fascism as a joke, as the mere caricature of what it really was, then we fail to grasp the logical dynamics that brought it into power — and could continue to bring it into power again and again.

Today’s cultural studies often act as though there had been nothing else to Fascism besides the façade of propaganda, architecture, sports, the media, cinema, etc. But this is a caricature. It is a joke. Yes, by all standards, Fascism was indeed blunt, coarse, uncouth. But if that’s all there was to it, why then was it successful for so long?

When I say that Fascism rises by promising certain social groups “symbolic” appeasement, I don’t mean to say that it is nothing. Far from that: symbolism can be argued to be one of the most substantial factors in societal and political life. Archetypes are ubiquitous, powerful! We should always keep in mind that it is very dangerous to turn them over to fascists and para-fascists for their reckless, self-serving use. Just look at the politicians that monkey around today in our supposedly “more sophisticated” times! Being a clown never stopped a dictator, and never will. (Could that be an allusion to any of the strongpersons on today’s political stage? Yes, in passing.)

Laughing at the supposed naïveté of past epochs is a very dangerous game. By that standard, future epochs will laugh at ours — the full-fledged propaganda built into our times’ architecture, our times’ sports, our times’ media, our times’ cinema, and so on. What will future ages think of our “freedom” to choose between Pepsi and Coke? Apple and Samsung? Facebook and Twitter? The list of our own delusions goes on without end.

Why is Fascism relevant today?

I repeat myself: if and when liberal democracy fails, authoritarianism slips in to pick up the slack, to fill a social need. Politics abhors a vacuum; in that vacuum, Fascism can thrive. We ignore unmet social needs (including “archetypal” needs!) at our peril.

I think that governments’ abdication to the mercantile-turned-corporate class is the most tragic relinquishment of duty of our age. Merchants are trained to buy and sell, not to direct the ship of human society; it is not their task, and should not be. When fascist politicians ran bits of the economy, they ran it badly. Self-evidently, the reverse is no less true: just think of Italy’s Berlusconi at the turn of the 21st century! Since to govern etymologically means “to steer,” it is, by definition, governments that need to steer human societies, not the businesspeople from the marketplace.

In our age, our “Republic” — a word which in Latin quite eloquently means “the public thing” — is being privately appropriated by some of its “princes.” The direct consequence is debasement, corruption from within. Let’s face it: why should masses of “slaves,” deprived of any say, die fighting for the benefit of their “princes-slash-owners?” A new “Empire” sets in when the “Republic” has nothing decent to offer.

What is Italian Studies 345?

ITST 345, “Types and Archetypes of Fascism in the Age of the Crisis of Liberal Democracy,” is an interdisciplinary course that aims to provide students with the necessary tools to not only condemn the Fascisms of the past, but to face consciously, and effectively resist, the many forms of Fascism that are arising today.

It examines Italian Fascism, plus a little bit of Fascism’s origins (where Fascism came from) and its “legacy” (where it went after 1945). The course is taught in English and has no prerequisites, so students from different backgrounds of study are welcome. It is usually cross-listed with Romance Studies (RMST 222).

We study works from the first half of the Italian 20th century related to theory, politics, essays, literary fiction and memoirs. We examine the fine arts of the same period, consider the urban planning and architecture of Mussolini’s regime, and watch quite a bit of newsreel footage and fiction films from the age. We also study notable figures and social activists of the time.

Our community suffers considerably when it proves ignorant in matters surrounding yesterday’s and today’s Fascism, which is why I also address what happened to this complex issue after the end of the Second World War. In fact, the question as to just how Italy dealt — or failed to deal … — with Fascism after it was supposedly “over” is no less instructive for today’s times. To paraphrase a famous essay by Susan Sontag, this course seeks to practice a conscious, fascinating anti-fascism.

I have the impression that this is a popular elective course because today’s students yearn for systematic knowledge about vital issues in the world that surrounds us. That is wonderful. To me, that is where hope is. After all, to know our history is less about knowing our past than it is about knowing our present. 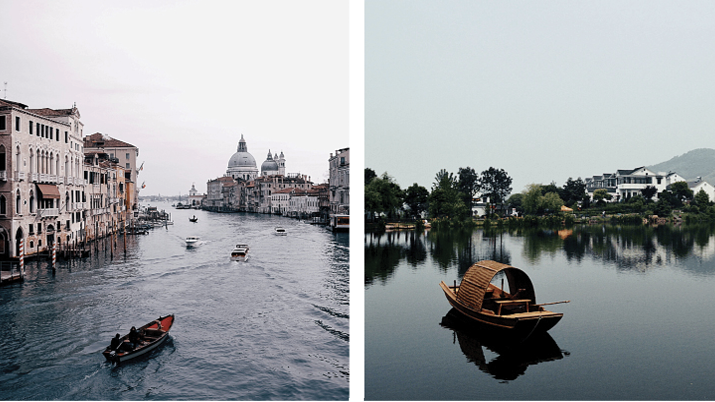 The Role of the Humanities During Times of Crisis 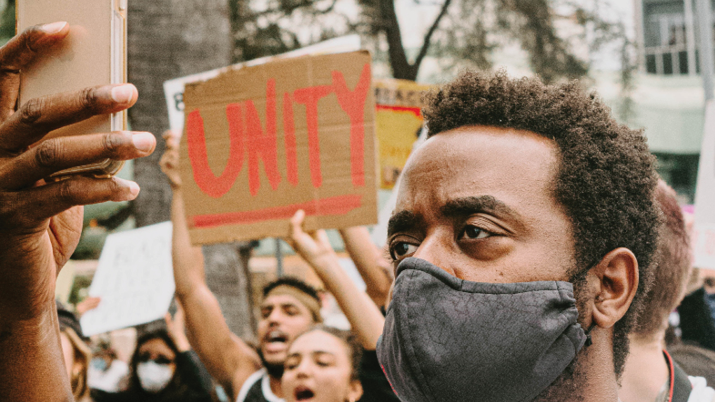 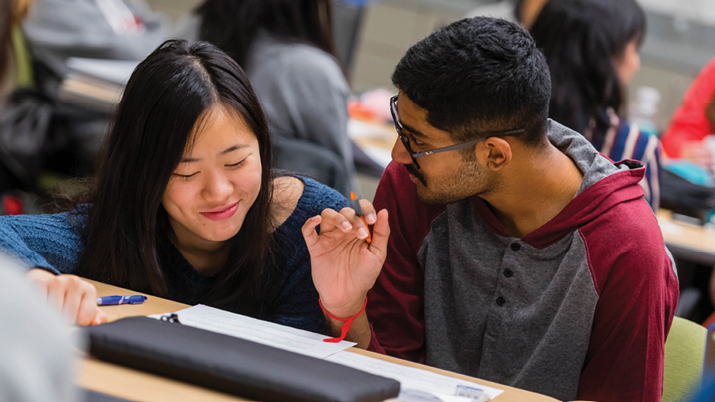