The Utopian Impulse in Latin America 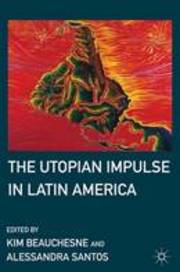 This edited volume explores the concept of utopia in Latin America from the earliest texts about the New World through current cultural production.
The book’s originality lies in its diversity of approaches and its ability to challenge the static concept of utopia as well as other commonplaces about the subject. The volume argues that, despite a period of disenchantment which supposedly implied an end to utopian thinking, the utopian impulse has experienced many transformations but never expired. The fifteen essays included represent the latest research by some of the most noteworthy Latin Americanists in literature, music, theatre, cinema, visual arts, critical theory, cultural studies, anthropology, and politics.