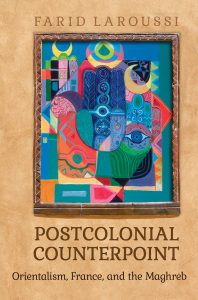 Postcolonial Counterpoint is a critical study of Orientalism and the state of Francophone and postcolonial studies, examined through the lens of the historical and cross-cultural relations between France and North Africa.  Thoroughly questioning the inability of Western academia to shake free of universalism and essentialism and come to grips with the Orientalism within postcolonial discourse, Farid Laroussi offers a cultural tour d’horizon which considers André Gide’s writing on Algeria, literature by French authors of Maghrebi descent, and the conversation surrounding secularism and the headscarf in France. A provocative investigation of the place of Muslims and Islam in Francophone culture, Postcolonial Counterpoint asks how we must proceed if postcolonial studies is to make a difference in reconciling history, identity, citizenship, and Islam in the West.