Aiming to showcase a narrative vision of the contemporary urban landscape, the project places the Spanish language at the heart of the Canadian multicultural experience. These tales bring together 25 Latino- and Spanish- Canadian writers who call this country home and who have crafted stories in which Montreal plays a role sometimes active, sometimes passive, but always present in the arc of narratives that showcase the literary potential of the project and writers alike.

Historias de Montreal (Montreal series,) is the second collection of short stories in a project that IMAGINA community of authors, began in 2016 with the anthology  Historias de Toronto (Toronto series). Writers Martha Bátiz, Juan Gavasa and José-Antonio Villalobos are the editors and coordinators of this literary project. 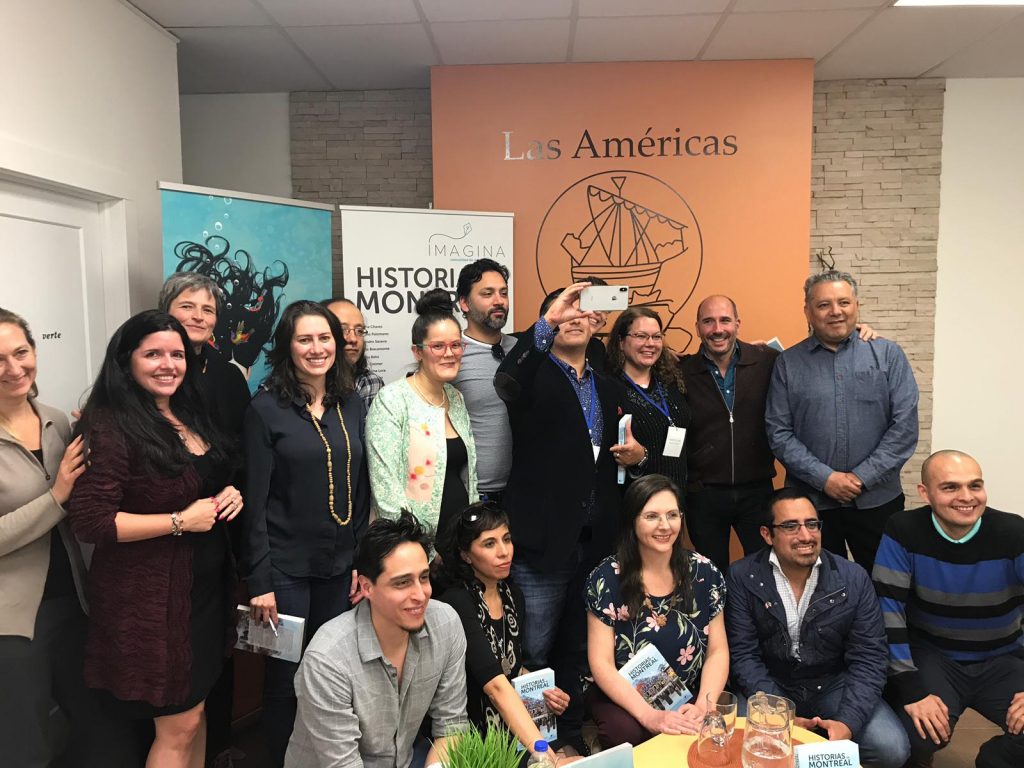 Book Launch of Historias de Montreal on Saturday, May 6th in Montreal during the Blue Metropolis Festival.