Written by Dr. Alessandra Santos, Chair of the Latin American Studies program and Associate Professor of Spanish and Portuguese at UBC’s Department of French, Hispanic and Italian Studies.

In Canada, October commemorates Latin American Heritage Month, celebrating the Latin American community and their contributions to Canadian society. What does this recognition mean for Canada? And what does it mean for us at UBC?

“Canada and Latin America share a historical legacy and the consequences of a colonial past. We shed the same post-colonial tears and hope for decolonial measures.”
Alessandra Santos
Chair of Latin American Studies and Associate Professor of Spanish, UBC

Historians document how the term “Latin America” originated in France in the 1860s, which French intellectuals coined to justify French imperial expansion in Mexico under Napoleon III. The idea was to identify common traits in the region in order to “unify” this large territory in the Americas for strategic reasons. Later, in the twentieth century, the concept of Area Studies emerged in North American universities to locate research in the Social Sciences and the Humanities, applying the term “Latin America” to identify the region as a unified site to study. Ironically, political and economic unification of the region has not occurred. The notion of naming a region is complex and problematic, especially considering that, culturally and geographically, Latin America is one of the most diverse regions in the world.

To sing the praises of cultural diversity is not to forget that the region as a whole was built on a history of colonial violence, genocide, enslavement and exploitation. For those reasons, Latin America is a place of perpetual mourning for its violent past, complicated present and uncertain future. In some ways, we may say that a region built on colonization and neo-colonialism exploitation is bound to exist in a collective state of post-traumatic stress. That is one sad but realistic identifiable trait that unifies Latin America. In a sense, Canada and Latin America share a historical legacy and the consequences of a colonial past. We shed the same post-colonial tears and hope for decolonial measures. Some even apply the concept of Latin America to the entire hemispheric continent.

To some people, myself for instance, the main problem of the region still is the drastic socio-economic disparity and brutal inequalities. As part of the colonial legacy, Latin America still suffers from historical ongoing issues of racism, discrimination, misogyny, transphobia and homophobia—issues that lead to tragic and violent consequences. In some ways, Latin American societies are based on social and economic exclusions. To make matters worse, the current political reactionary extremism in a few Latin American countries aligns the region with the current culture war polarization happening in the rest of the world. The present pandemic and ongoing health crisis has affected the region harshly, and the situation is still developing.

These natural and political disasters and ongoing inequalities have led to the massive migration of thousands of people attempting to cross the United States border on a daily basis. As such, the USA border migration policies and the cruelty of detention centers serve as evidence of where Latin American heritage stands in 2021. Recently, the media published photographs of border patrol men on horseback, hunting asylum seekers just like slave hunters used to do, evoking a past slave economy familiar to the entire region.

Another prominent contemporary issue regarding Latin America is the Amazon rainforest, one of Earth’s largest biodiverse areas, which is threatened by greed, privatization, agribusiness, and constant indigenous land expropriation and armed conflict.

“Despite its tragic history, Latin America is well-known for its history of resistance and idealism, and for the endurance of indigenous languages, cultures and traditions.”

Despite these serious problems—and a segment of Latin American population living under dire conditions—survival, resilience and solidarity remain. The region is well-known for people’s fierce activism, and for vindicating human, civil and environmental rights. Despite its tragic history, Latin America is well-known for its history of resistance and idealism, and for the endurance of indigenous languages, cultures and traditions.

The cultural entanglements that compose what we call Latin America undoubtedly offer a kind of diversity that goes beyond any metaphor of “melting pot” or “cultural mosaic”. Latin America as lived experience—its peoples, languages and cultures—is a kaleidoscope, or constellations of plurality and inclusion, which certainly should be celebrated in Canada and anywhere else in the world.

Very much like in Canada, one of the most important aspects of Latin America is its diverse and culturally rich Indigenous heritage. First Nations peoples who have inhabited the region for millennia have the crucial role of steering communities with their traditional knowledge—which may be the only hope to save the region from imminent climate crisis, and from political and economic collapse.

“It is important to find Latin American cultural resonances in Canada, not only because of the people who share a Latin American heritage in this country, but because our human and historical connections run much deeper.”

One of the greatest insights I heard about Latin America and Canada relations came from the late Beau Dick (1955-2017), a great artist, carver and Kwakwaka’wakw Hereditary Chief who lived and worked in Alert Bay and Vancouver, and taught at UBC. Beau told me he once traveled to Latin America to share and compile stories from First Nations peoples. In his project, he compared stories and myths from places we now call “Canada” and “Latin America”, building bridges and creating cosmological ties through his art and transformative sensibility. With my utmost respect, I honour Beau Dick, his openness and sharp perception in knowing that the political and national criteria that constrain us are small in comparison to our larger human connections.

Clearly, I can’t speak for everyone in Latin America, even though I am originally from Brazil. My distant ancestors were from the group Karai-yo from the nation Guarani, or what the colonizers called Carijó; my other ancestors came from West Africa, and others were settler Europeans. Now I work at UBC Vancouver, which is located on the traditional, ancestral, and unceded territory of the Musqueam people. Ancestrality is a key we all carry within us. To celebrate Latin American Heritage in Canada is to use that key to open doors and to cross the bridges we build together.

The Faculty of Arts at UBC has an interdisciplinary Latin American Studies program, offering a Major and a Minor and a variety of courses with Latin American content. Undergraduate students who are interested in learning more about this fascinating and complex region, and about its connections to Canada and the rest of the world, have the opportunity to study with our stellar faculty members. In addition, many UBC graduate programs offer the possibility to specialize in Latin America. 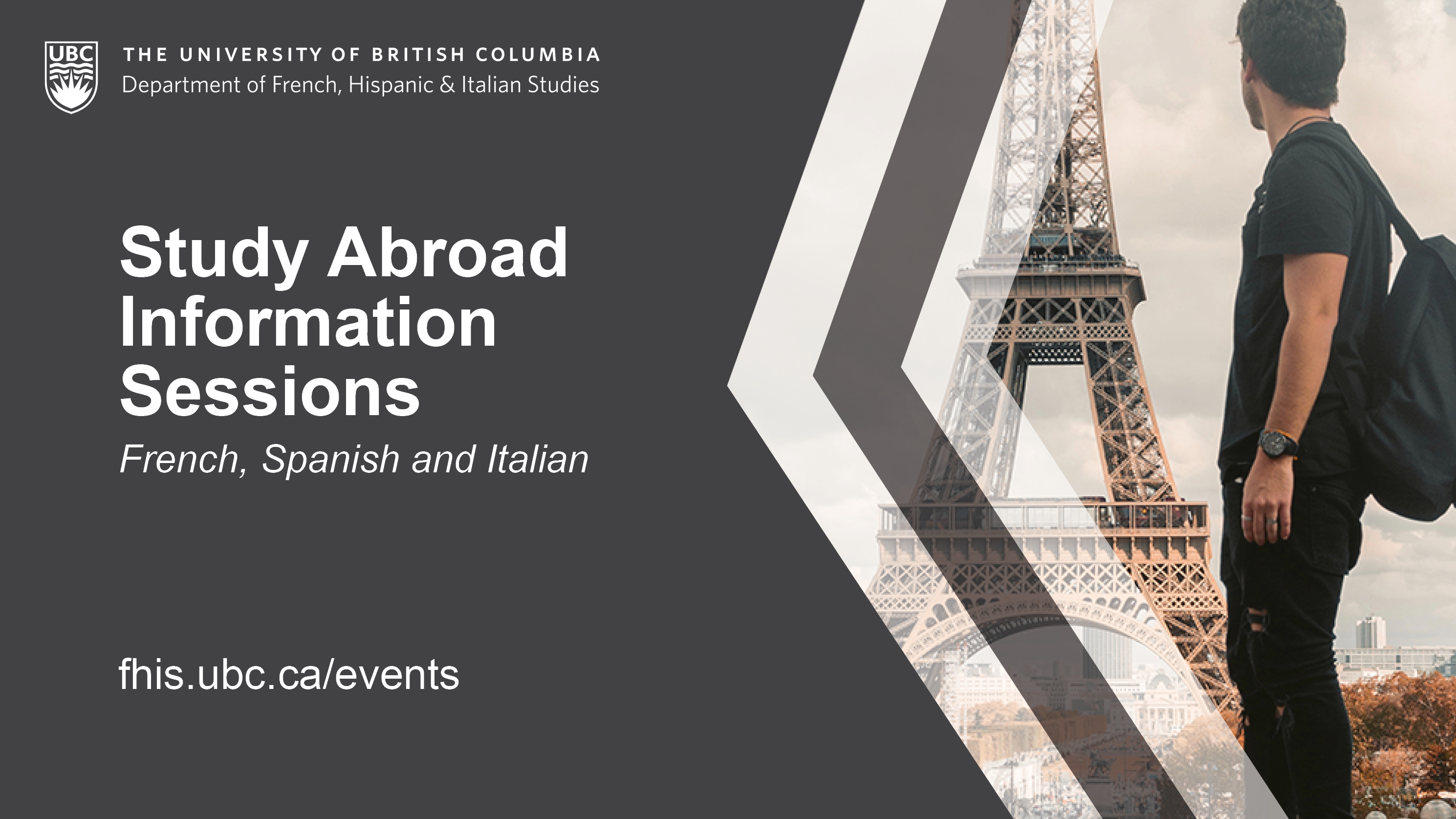 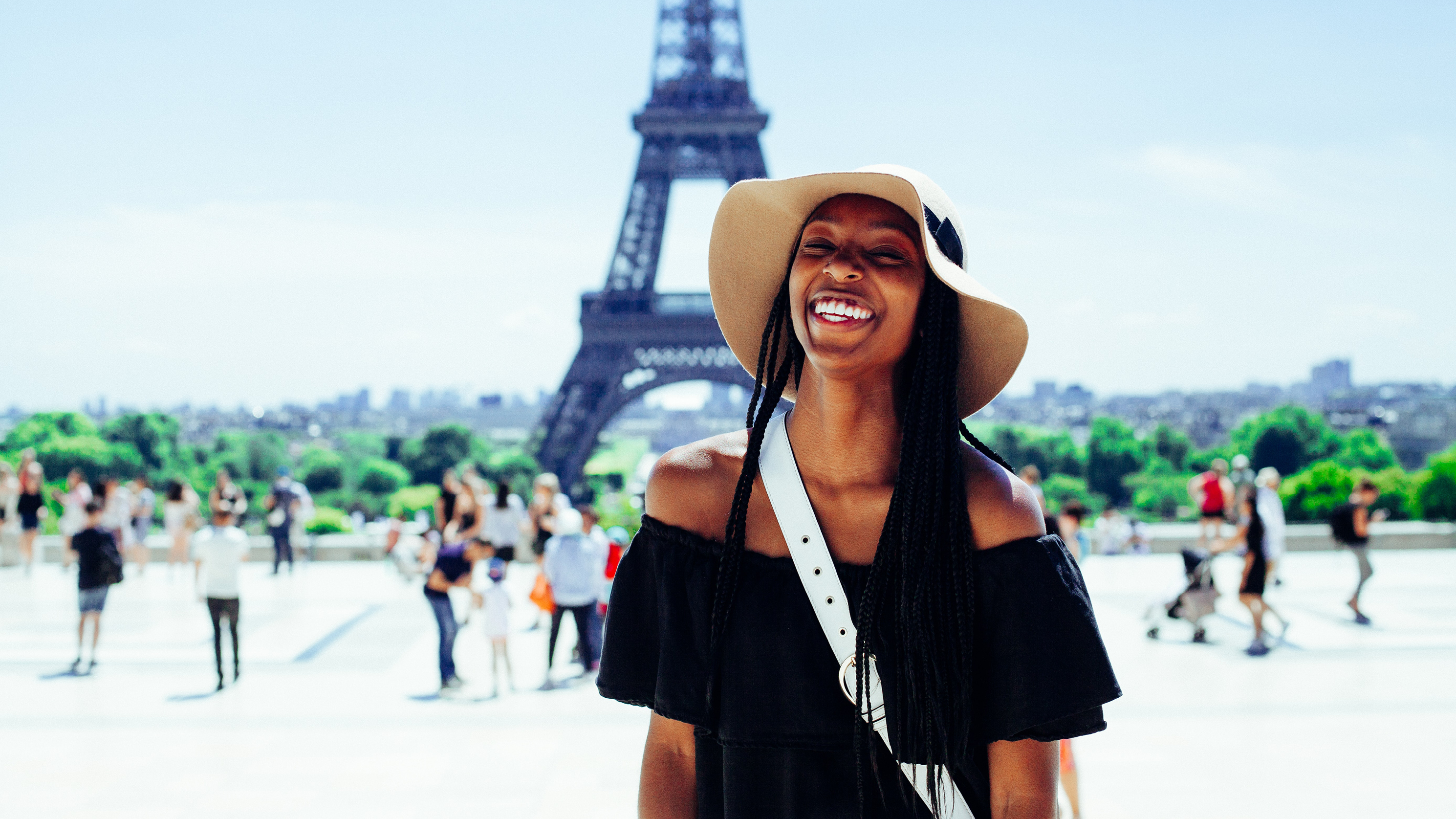 English-taught courses at the Department of French, Hispanic and Italian Studies (Winter 2021) 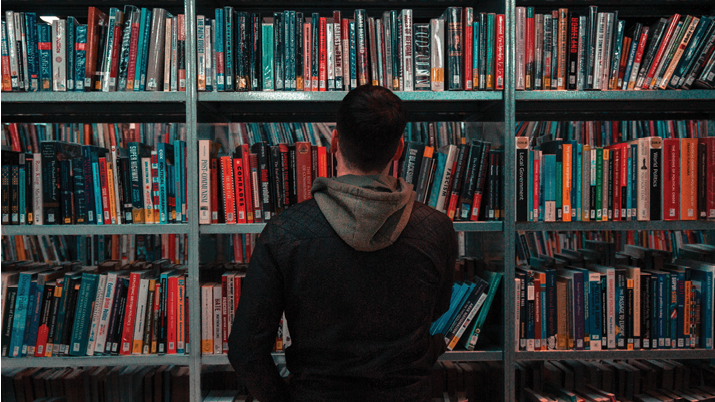