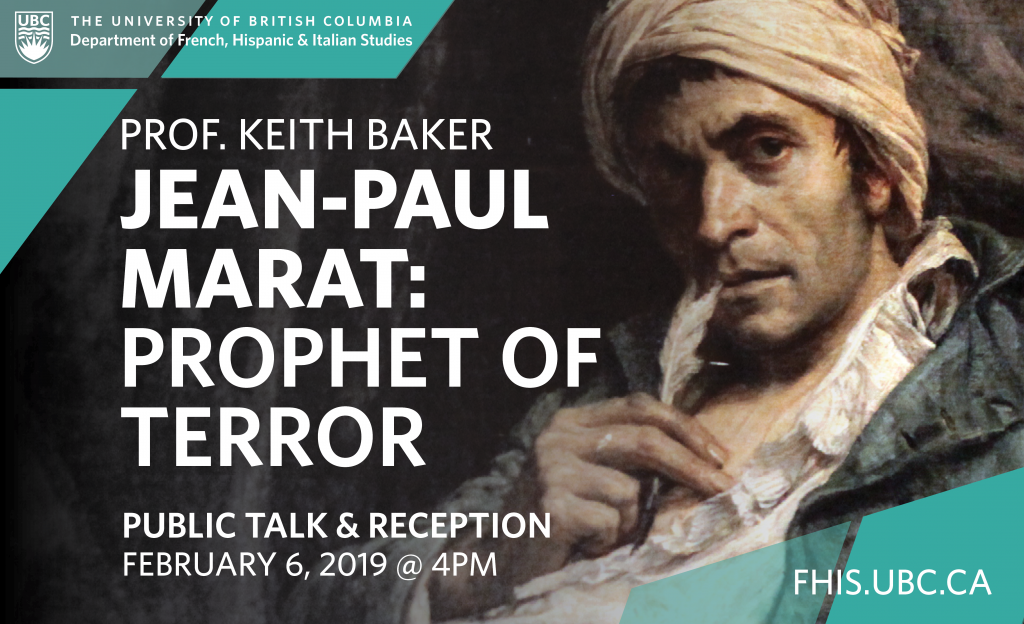 Attend our public talk on Jean-Paul Marat — one of the leading political figures of the French Revolution. An exhibit and reception will follow.

Prof. Keith Baker (Stanford University) will be joining us as honorary speaker to give a talk on Jean-Paul Marat: Prophet of Terror, in celebration of the French Revolution Collection that is now available at UBC Library in partnership with the Department of French, Hispanic & Italian Studies. The talk will be followed by a reception sponsored by the Consulate General of France in Vancouver, along with an exhibit hosted by the UBC Library. All are welcome!

Keith Michael Baker is J.E. Wallace Sterling Professor in the Humanities and Professor of History at Stanford University. His research focuses on intellectual history and the political culture of the Enlightenment and the French Revolution. He is the author of Condorcet. From Natural Philosophy to Social Mathematics and Inventing the French Revolution. In 2015, he published with Dan Edelstein the edited volume Scripting Revolution. Prof. Baker has held a Guggenheim Fellowship, has been named Chevalier dans l’Ordre des Palmes Académiques, and is an elected member of the American Academy of Arts and Sciences and of the American Philosophical Society. In 2014, he won the American Historical Association lifetime achievement award.

Keith Baker is currently working on an intellectual biography of the French Revolution’s prophet of terror, Jean-Paul Marat, and is involved in the Digital Humanities project “Writing Rights” that intends to visualize the evolution of ideas that inform the Declaration of the Rights of Man and of the Citizen. 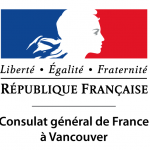